On the Third Day of FEST, Films in the Race for Awards, MY NIGHT and BLUE MOON Were Presented

Director Antoinette Boulat and lead actress Lou Lampros presented the French film ‘My Night’ (Ma nuit), which competes in the Main Programme of the 50th FEST.

Although the film had its world premiere in the Horizons (Orizzonti) side programme at the Venice Film Festival and has so far been shown in Toronto, Sao Paulo, Ghent, Gothenburg, FEST had a kind of exclusive because this was the first live press conference attended by the director.

The film follows 18-year-old Marion, who is grieving over the loss of her sister, during one night on the streets of Paris. Meeting Alex (Tom Mercier) will help her open up to others and gain new hope.

The film opens with a quote from Joan Didion's ‘The Year of Magical Thinking’: ‘People who have recently lost someone have a certain look, recognizable maybe only to those who have seen that look on their own faces.’

The director explained why she decided to make the film that deals with grief:

- For me, sadness is a very cinematic emotion, but I would say that in this case, it was more melancholy that I became interested in. Marion is in grief, yet she was not dead inside because of that, she has a certain distance from the environment. Through her, I wanted to show how young people live in Paris and other parts of the world: in a difficult time where, due to circumstances and lack of perspective, they ask themselves questions that youth is prone to, questions about the meaning of life. This is about grief because they have been deprived of what usually characterizes young people, and that is life without a care.

Actress Lou Lampros added that Marion, despite the hardships she carried within herself, was willing to change.

- Although she is a very introverted and wounded girl, she will come to understand various things during that night, she will meet someone who will give her hope, who will help her to open up to others, to make contact with people from her generation - said Lampros. ‘My Night’ is on the FEST programme on February 27 at 10 p.m. in Hall 1 of the Kombank Hall, on February 28 at 10 p.m. in the Cultural Centre of Belgrade Movie Theatre and on March 1 at 4 p.m. in the Makavejev Hall of the Yugoslav Film Archive.

Grigore, together with the actress from her film Ioana Flora, talked about her film which will be screened on February 28 at 5.30 p.m. in the Kombank Hall (reruns on March 1 at 5 p.m. in the Cultural Centre of Belgrade Movie Theatre and March 2 at 11 a.m. in the Yugoslav Archive), and the premiere of which is expected in Romania on March 1.

‘I struggled to make a film that does not follow the usual structure of the script, but follows the emotional path of a female character. I was born in Bucharest, which is a "balloon" of its own kind, like Belgrade I guess, and everything that happens outside that environment remains culturally out of focus. At the age of seven, I went to live in the countryside, yet the impression, when I returned, was that nothing had changed and as far as the position of women in rural Romania was concerned, it got worse. According to statistics, every year 30 women die as victims of domestic violence at the hands of their husbands, and only two percent of women in Romania decide to continue their education. Talking to women from rural areas, I realized that their lives do not follow a well-trodden path, but meander and balance on a kind of emotional carousel, and as for the film, I believe that every film should be 75 percent emotion, hence I succeeded’, said Grigore.

Ioana Flora, who plays the mother of the main character in the film, said that she had participated in it because she deeply believed in the director's work process, and that they shared the same principles and views when it comes to making the film. 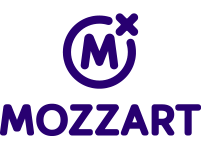 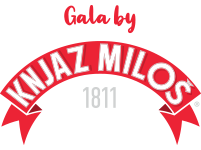 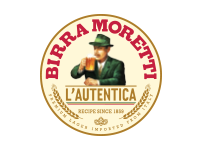 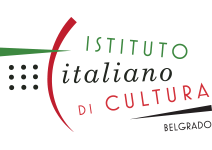